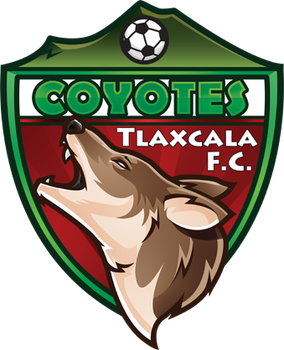 Tlaxcala Fútbol Club, commonly known as Coyotes de Tlaxcala, is a Mexican football club based in Tlaxcala. The club was founded in 2014, and currently plays in the second tier, Liga de Expansión MX. Tlaxcala won automatic promotion to Ascenso MX in the 2016–17 season, but their promotion was put on hold until the 2018–19 season as their stadium failed to meet league requirements. However, in 2020 the club was invited to the Liga de Expansión, the new second level league and thus promoted category.