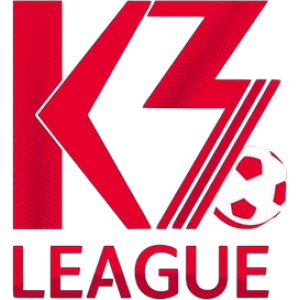 The K3 League is the third tier of South Korean football league system, which was created from the rebranding of the Korea National League (2003–2019) and the former K3 League (2007–2019) into K3 League and K4 League in 2020. 16 teams are currently playing in the league.

The Korean National Semi-Professional Football League, the semi-professional league of South Korea, began in 1964 and lasted until it was replaced by the Korea National League (KNL) in 2003. 15 clubs played in the new KNL. With the establishment of the K League Challenge (currently K League 2) as a second-tier professional league in 2013, the number of clubs in the KNL decreased. Since 2017, only eight clubs participated in the KNL. Meanwhile, the amateur K3 League developed its own promotion and relegation systems with the Advanced Tier and the Basic Tier. In 2015, the Korea Football Association announced its plan of structural reform to merge the KNL and K3 League. The plan was realized in the late 2019, in which the KNL and the former K3 League were rebranded into the current K3 League and K4 League. In 2020, the new K3 League was launched with the total of 16 teams, consisting of the eight teams from the KNL and seven teams (six from the Advanced Tier and one from the Basic Tier) from the former K3 League.