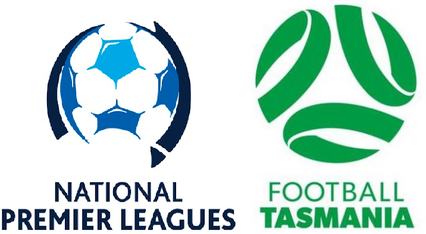 The National Premier Leagues Tasmania is an Australian semi-professional soccer league covering all regions of Tasmania. The league is a subdivision of the National Premier Leagues and commenced in 2013 with eight teams. Nationally the league sits below the A-League and above the Tasmanian regional championship competitions (with whom promotion and relegation will exist from the 2019 season onwards).

Prior to the NPL Tasmania the previous statewide league encompassing teams from all-over Tasmania had not taken place since 1999. The highest level of soccer being played in Tasmania was in two regional leagues in the North and South of the state.

The initial clubs were awarded licences for league membership for three seasons between 2013–2015. In 2015 the FFT Board analysed the clubs on and off pitch. Based on this analysis six of the eight clubs in the NPL Tasmania were offered licences for an additional three seasons between 2016–2018. Glenorchy Knights and Launceston City were required to reapply for membership and compete with other clubs for the final two positions in the league in 2016. Riverside Olympic, University, Clarence and New Town Eagles also applied for the two positions in addition to Glenorchy and Launceston City. In August 2015 it was announced that Clarence United and Launceston City had been awarded the available licences between 2016–18.

In 2019, the league expanded to nine teams. However, following the season, two clubs amalgamated bringing the league back to eight teams.